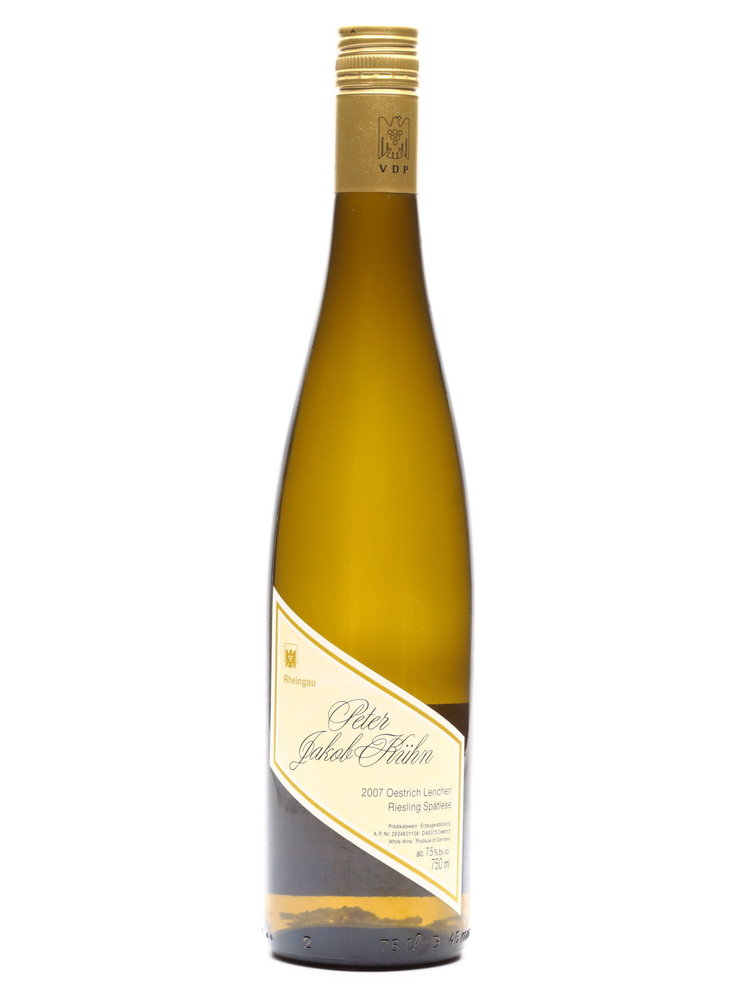 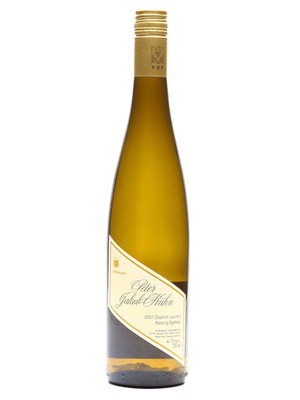 Kuhn’s 2007 Oestricher Lenchen Riesling Spatlese – at only 7.5% alcohol – is delicate as well as subtly creamy; overtly sweet yet refreshing, and only lacks a bit of the refinement of the corresponding Kabinett. Peach, lime, tangerine, and nut oils carry through to a long finish more soothing than invigorating. No doubt this will reward at least 10-12 years in the cellar, and I would be inclined not to revisit it for at least half a dozen.

Peter Jakob Kuhn continues his high-wire act of risk-taking, organic viticulture, intuitive cellar practice, and incremental steps toward an idea of almost mythic oneness with his vines and with nature, resulting in wines of highly distinctive personality – no doubt a bit too distinctive, even quirky, to the noses of some tasters. Kuhn finished picking ahead of most of his neighbors – by mid-October – a circumstance he attributes less to enhanced ripening and biodynamic methods than to stylistic intent. “True, we might have chosen differently and waited longer,” he admits, “if we would have known how dry the weather was going to remain. But after the ostentatious richness of 2005 and 2006, we wanted to send a signal that things did not have to go in such a broad, plump direction, but could be clearer and more focused, and I have to say that the wines realized what had been in our imagination.” “That includes a bit less alcohol,” adds Sandra Kuhn (for notes about whose own wine, see under Weingut Vom Riedel). The musts were settled to achieve greater literally clarity than in those two previous vintages, yet the primary fermentations ran smoothly. But before that happened, the wines launched into malo-lactic transformation, which in many cases ended up being protracted. I was unable to re-taste from bottle several wines that did not come out of malo until last fall. A single lot from what would become Kuhn’s Mittelheimer St. Nikolaus bottling was promising; but his Doosberg was too yeasty and reductive coming out of malo for me to adequately assess; and his Schledorn – due to be bottled unfiltered and as Tafelwein – had been stunted by recent sulfuring when I met it.