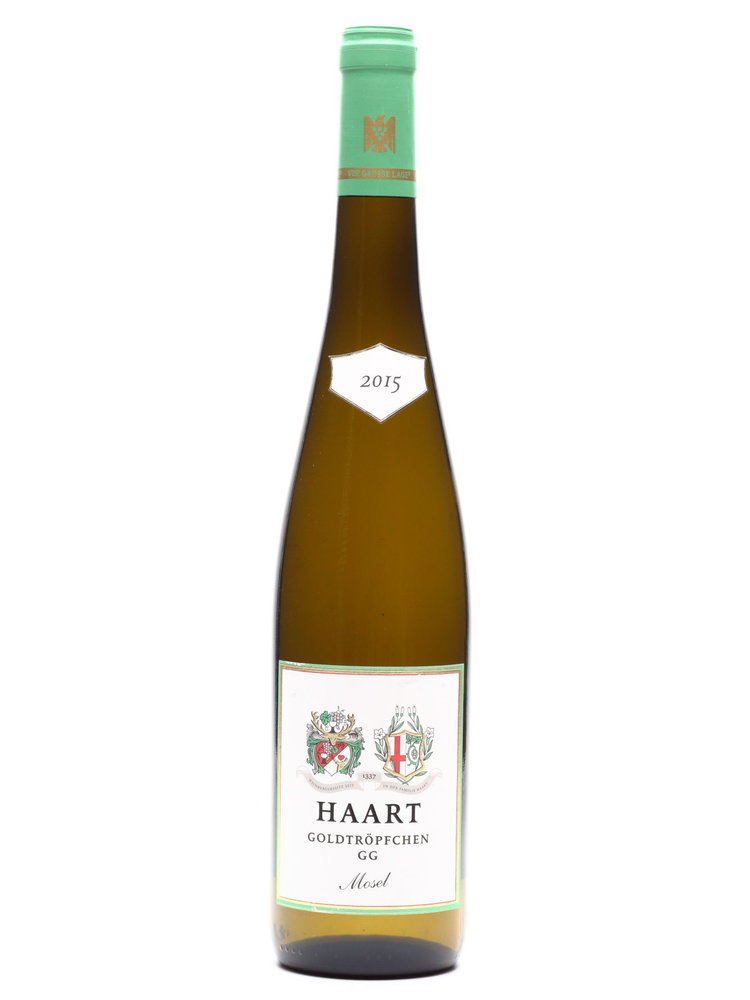 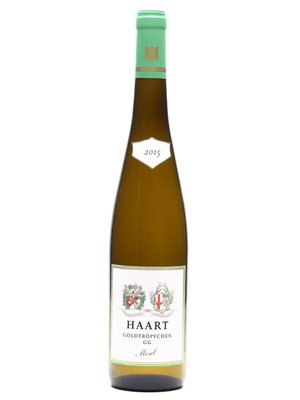 The 2015 Piesporter Goldtröpfchen Riesling Trocken GG is very clear, deep and complex on the nose; it shows with lovely, mineral-slate aromas intermixed with (still discreet but perfectly) ripe dark fruit, as well as some sur-lie flavors. Round and highly elegant on the palate, this full-bodied and silky textured Riesling develops a great complexity and intensity on the palate; it shows a serious structure with very fine tannins and a lingering salinity. This is great dry Mosel Riesling for cellaring for five years, and can be enjoyed over a period of 15-20 years or more.