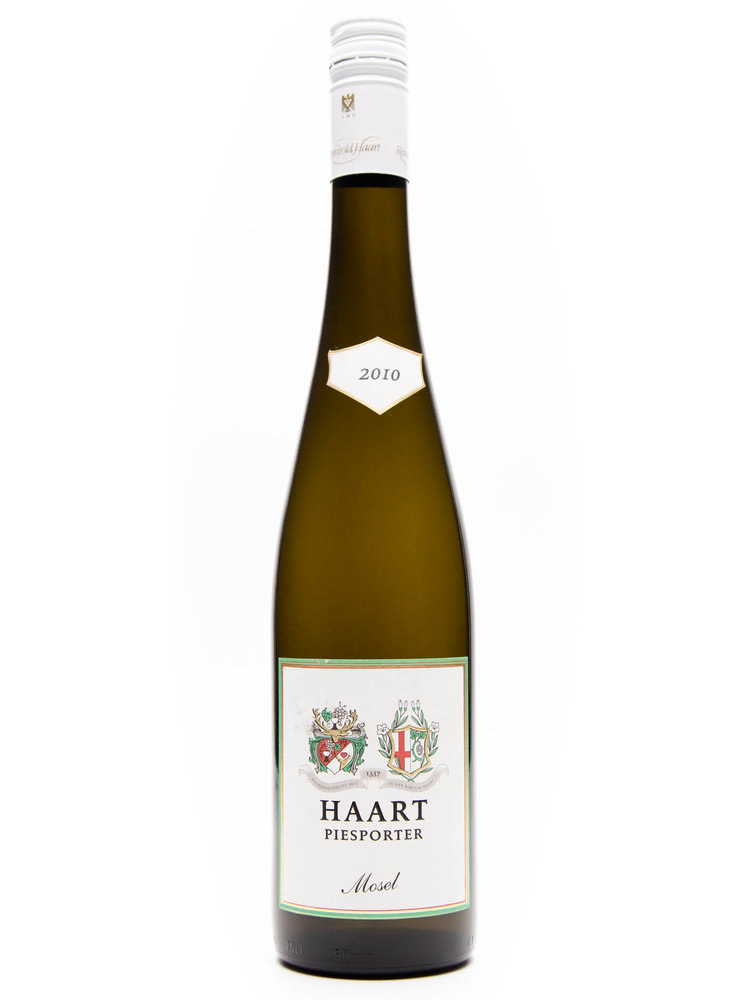 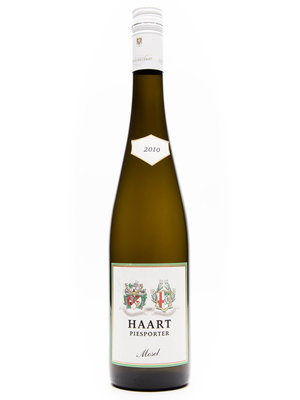 The dry Haart 2010 Piesporter Riesling didn’t quite reach legal Trockenheit. It delivers zingy brightness of fresh lemon and pineapple laced with saliva-liberating salinity and Middle Mosel-typical wet stone. This lean, lithe, yet palpably extract rich and undeniably refreshing 12% alcohol Riesling might not be terribly complex, but it will remain an admirably well-balanced table companion for at least the next 3-4 years, and probably well beyond.